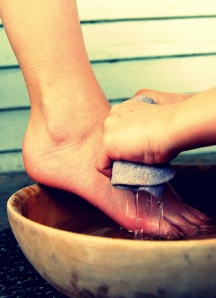 One of the earliest lessons that needs to be learned in leadership is humility. The sooner this happens, the less painful it is and yet the more effective it is.

How many times have we seen a leader rise to prominence and position, only to be brought down by prideful decisions and actions? Too many. The more prominent the leader, the farther the fall and the more devastating the effects. Rarely does a person of prominence ever recover from such a fall. Of those that do, few of them ever rise beyond where they were when they fell. Whether it was a sexual issue, a financial one, or just a feeling of invincibility, they are all rooted in pride, the sense that I can handle this.

When the lesson of humility comes early, there is less devastation and it is easier to recover because the fall wasn’t as far.

When I was a young boy I remember many falls. I was active and curious so I climbed on everything and tried things that I shouldn’t have. Some of those falls were bigger deals than others. Some left lasting effects.

When I was 3 or 4 I tried to ride my tricycle down the steps into our living room. Remember this is the mid-1970’s before child-proofing homes. My family had a solid wood coffee table. As you have guessed, I took a flying header right into the corner of that table. It left a permanent mark above my right eye that is still quite prominent today. Lesson learned with lasting impression. However, I recovered quickly because I was young. I know I was back playing later that day and riding my trike, just not down the steps.

When I was 16, I was working on a step ladder above a ceiling. The ladder shifted and I fell 8 feet through the ceiling unto the legs of the now overturned ladder. I received a cut on my head and a cracked rib. I didn’t bounce back as quickly from that as I did some of my other falls, but still was back in the weight room lifting weights and living my life within a week or so. And, I got back on that ladder the same day and finished the job, though slower and more carefully than I had been.

Last year, I fell playing basketball and tore some ligaments in my wrist. Over a year later and I still have some issues with it. I don’t bounce back like I once did. I’m over 40 now and the body takes longer to heal.

As we get older, injuries take a greater toll on us.

This is true in leadership as well. The sooner we can begin to understand the importance of practicing humility, the less pain we will feel down the road and the more effective we will be.

Humility isn’t weakness, low self-esteem, or self deprecation. Humility is quiet confidence It is sober judgment. It is being secure enough to help others shine.

The truth is, the most outwardly arrogant people are often the most insecure. They are compensating for their lack of self-confidence with show and boisterous bravado.

An insecure leader is ineffective, leads from fear, uses fear to control others, is manipulative, and can’t stand for others to get the spotlight. The ultimate example of an insecure leader is Saul from the Bible. The author Gene Edwards explores this in great detail in his book “A Tale of Three Kings.” I highly recommend it for every leader and even more so for every aspiring leader.

Too often we begin to think that the good around us is because of us. It isn’t. Sometimes, it is in spite of us.

Like everything else in life, humility takes practice. It takes intention. It is on-going. We have to remind ourselves of the lessons of the past because the pain fades. Sometimes, we need to stop and look at our scars once again. They serve as a marker that we survived that event, but also to bring to mind the lessons learned.

Besides, it isn’t about us anyway. Our abilities and capacity are gifts given to us by our creator. We didn’t choose them. You had nothing to do with your existence. I didn’t pick the circumstances of my birth.

Our part is to learn well and develop the potential we have been given. Then to help others do the same. If you and I will do this, we will not have to worry about self-promotion or getting ahead. That will take care of itself.

The views, opinions, and musings given by me in this blog are not meant, in any way, to be presented as those of any organization or group. This is my personal blog and everything in it is from me and only represents what is coming from inside my mind, which is pretty scary in itself.